President Trump made his case simply without debate and said: ‘this is common sense. They need a barrier. They need a wall’. The funding does not go as President wished and this lead to partial shutdown in the country and it seems to be longest in the history. President Trump visited the town of McAllen, Texas. It is to be noted that President Trump reiterated that he may declare a national emergency if Congress does not meet his demand of funds to construct a wall on American-Mexican border.

Trump went there with border agents, local law enforcement and politicians and said most of the drugs and undocumented immigrants came from the Mexican border. They should be stopped. Democrats called the WALL as a medieval and ineffective solution of the drug smuggling and undocumented immigration. They say wall won’t serve the purpose it is just a US$23 billion dollar project for nothing, and they are not paying it. President Trump reacted by saying Democrats say the wall is medieval so is the wheel. Actually, the wheel is older than the wall. The wheel works and wall works. There are some things that work and The Wall will work even it is medieval. President Trump claim for the funds and he repeatedly threatened to use emergency powers to bypass Congress and said even Mexico will pay for the wall but now he says he meant figuratively. Mexico will pay for the wall but of course, they are not going to write me (Trump) a check of 20 billion or 10 or 5 billion or even 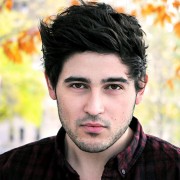